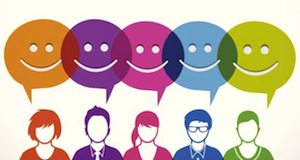 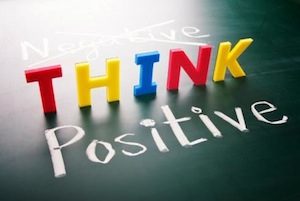 One interesting way to fight depression, anxiety and increase the quality of life is positive psychology, a rather new approach that shows promising progress. It is in 2000 that this new discipline was formed, and it focused on people’s growth factors. What are the results so far?

In the 20th century, psychology has made important advances to fight againgst disorders such as depression, anxiety, obsessive-compulsive disorders or eating disorders. But taking stock of the progress at the turn of the millennium, psychologists Martin Seligman and Mihaly Csikszentmihalyi from Pennsylvania and Claremont Universities, wanted to give a new input on methods of broadening perspectives: focusing on human development, taking greater account of the subjects studied so little, such as creativity, openness or selflessness. depression

Empirical research defines positive psychology as a recent orientation centered on the study of determinants of wellbeing and individual characteristics, collective and institutional to deal with the challenges faced by people and companies. For example, how to understand that some individuals are “resilient” (able to react and move forward constructively even after traumatic experiences)? What encourages cooperative behavior? How is it that some people involved in an accident report a degree of wellbeing as high as before the disaster? These kinds of enigmas were those which pitched the interest of positive psychology scholars. 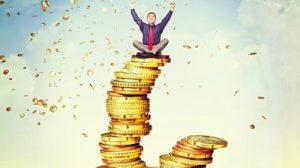 One of the puzzles that positive psychology has focused on concerns the relationship between physical resources and well-being, both individually (links between welfare and income) and collective (links between GDP and Mental Health). For
example, lottery winners, a few months after winning, are not happier than the players who lost. They seem even less satisfied with their lives: the abundance obtained would project the rest of their life in the gray. Such research leads to a positive psychology double awareness: first, the rise of wealth can have a detrimental effect on the well-being if social inequalities are growing; Then, what contributes most to human happiness lies in the nature of social interactions. 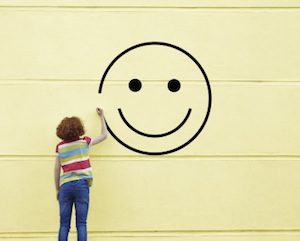 In 2010, Jordi Quoidbach from Pompeu Fabra University in Spain, and his colleagues sought to identify the effects of the mere mention of money. When they were introduced to a banknote photography, subjects devote less time to enjoy a piece of chocolate, and experience less pleasure than others. Similarly, a second study published in 2015 showed that living extraordinary tourism experiences can make ordinary events or less exotic destinations seem less pleasant. This is not without impact on wellbeing in everyday life and illustrates the phenomenon known as hedonic adaptation: people adapt quickly to a higher degree of comfort, and they revise their expectations and quickly get used to living at higher standards.

This phenomenon has attracted the attention of researchers: how is it that we imagine that everything will be better when we have a larger home or when we have got a promotion at work, when in fact the degree of well-being superficially increases in both cases, and quickly regains its original level? We are not always clear-sighted about what would make us happy… depression

What makes us happy then? 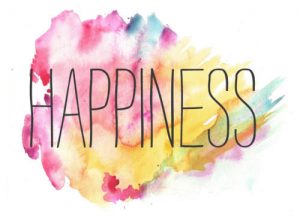 Among the most effective positive psychology interventions in terms of development of wellbeing, are included some practices that promote the shift of attention towards satisfying aspects of daily life. Experiences, objects, people coexisting regularly results in a form of hedonic adaptation, while everything that appears as threatening, since less frequent, continues to attract attention. Although this tends to capture more negative aspects, it may be useful to anticipate difficulties, retain the most distressing events and diminish the memory of the daily satisfaction sources. Without seeking extraordinary events, this can be practiced by adopting a fresh view towards the positive things that happen during a day. depression

One of the practices that can help us to shift our attention towards the positive in our lives, is to keep a diary (mental or written), every night, with five things, small or large, for which are grateful. This practice of a “gratitude journal” demonstrated in extensive research, its beneficial effects on the various dimensions of wellbeing as defined by the World Health Organization. Regarding the mental wellbeing, increased perception of the positive dimensions of everyday life increases the optimism and satisfaction with life, and decreases anxiety and depressive tendencies. Gratitude increases the sense of social closeness and willingness to help others, while improving social welfare (social support, selflessness, cooperation), which reduces the sense of isolation, loss of sense in life and other characteristics of depression. 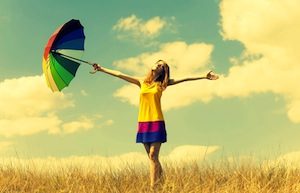 In terms of physical wellbeing, this type of practice limits the somatic manifestations such as sleep disorders, and also improves the efficiency of the immune system. In psychology, welfare is studied under different aspects, mainly grouped under two appellations: subjective wellbeing and psychological wellbeing. Subjective wellbeing takes into account the satisfaction with life and the presence of pleasant emotions in daily life. Psychological wellbeing is more focused on the existential dimensions such as feelings of autonomy, competence, achievement, and the feeling that life has meaning. It has been shown that gratitude practices influence all dimensions of wellbeing. depression

Positive psychology research can inspire not only the field of therapeutic care, but also that of prevention, education and even the economy. Thus, facing the limitations of GDP, some politicians are now interested in the evaluation of the gross domestic happiness as a country development index. In April 2015, the latest ranking of countries in terms of happiness, published by the UN, placed France for example on the 29th position out of 150 countries. This proves that even developed countries in the EU have a lot to work on! depression

Positive psychology – for whom and when? 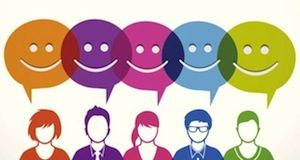 Studies in positive psychology are so numerous and so recent that their results sometimes seem contradictory and need to be refined. For example, training in expressing more often positive emotions seems generally more difficult for men, but rather than give up, it is definitely better to develop more suitable techniques. Especially since the expected outcomes for men would be most beneficial for themselves. Thus, gender, but also age, personality, possible psychological problems of each specific group should be better taken into account to ensure more efficient techniques to develop welfare. This is a huge challenge for positive psychology. depression

If you are facing some problems in your life and you think psychotherapy could be of help, you can make an appointment online or you can just simply ask for free psychological help via email.